Youth Theatre at the Alliance for the Arts 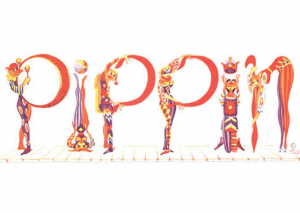 There’s magic to do when a prince learns the true meaning of glory, love and war in Stephen Schwartz’s iconic and unforgettable musical masterpiece.
Pippen is a hip, tongue-in-check fairy tale that captivates diverse audiences. With an infectiously unforgettable score from four-time Grammy winner, three-time Oscar winner and musical theatre giant, Stephen Schwartz, Pippin is the story of one young man’s journey to be extraordinary. Click here for audition information for Pippin! 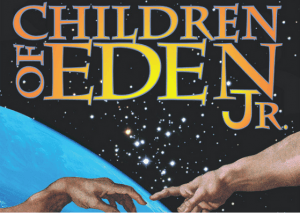 Adam, Eve, Noah and the “Father” who created them deal with the headstrong, cataclysmic actions of their respective children. As generations pass, faith and loyalty are tested, but the bonds of family and love remain strong. Based on the story of Genesis, the age-old conflict of parents and children takes the stage in a new adaptation of Stephen Schwartz’s epic and heartfelt musical. Click here for audition information for Children of Eden, Jr.! 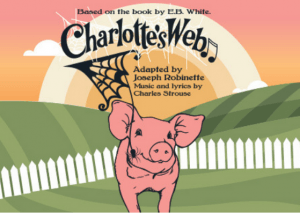 E.B. White’s classic novel is brought to new heights in this enchanting musical version of Charlotte’s Web. All the familiar characters are here: Wilbur, the irresistible young pig who desperately wants to avoid the butcher; Fern, a girl who understands what animals say to each other; Templeton, the gluttonous rat who can occasionally be talked into a good deed; the Zuckerman family; the Arables; and, most of all, the extraordinary spider, Charlotte, who proves to be “a true friend and a good writer.” 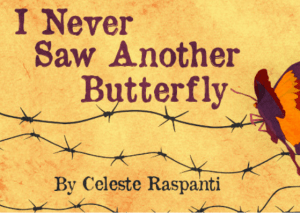 I Never Saw Another Butterfly
Auditions: December 17th
Performances May 1 – 3

This new musical version of Celeste Raspanti’s widely produced play brings an added dimension to the story of the children of Terezin, a ghetto under Nazi rule during World War II. Though few of the children survived, their lives were given meaning and hope through the tireless efforts of an inspirational teacher, Irena, who challenged their creativity and artistry in a makeshift classroom using scavenged materials which she kept hidden from the authorities. More than 5,000 drawings, poems and prose pieces were produced by the children in the concentration camp during its three- year existence, thus providing a legacy that continues to be honored and celebrated today. 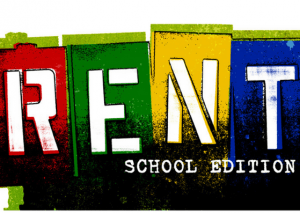 La Vie Boheme! Jonathan Larson’s iconic Pulitzer Prize-winning musical that shaped a generation of audiences and taught us all to measure our life in love. Set in the East Village of New York City, Rent School Edition is about falling in love, finding your voice and living for today. Winner of the Tony Award for Best Musical and the Pulitzer Prize for Drama, it has become a pop cultural phenomenon with songs that rock and a story that resonates with audiences of all ages.